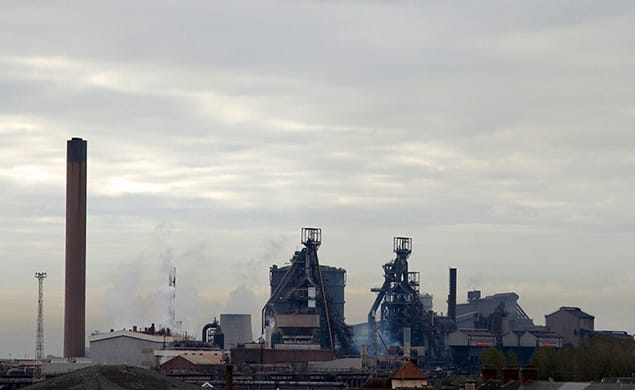 Tata Steel’s Margam plant in Port Talbot produces up to 3.5 million tonnes of hot and cold rolled steel coils a year for a variety of different end uses.

During a scheduled visual inspection in mid-September 2015, a gap between the coupling boss and armature shaft shoulder on the 30-tonne electrical F5 armature on a finishing drive in the hot-mill motor room was first noted. With further close inspections conducted over the next few weeks it was concluded that the coupling had and was continuing to move off the armature, thrusting the entire element towards the non-drive end and risking failure of the drive and impacting production.

Tata was advised immediately that if the armature remained in operation, the commutator risers and baffle would ultimately come into contact, resulting in major damage. As the problem was getting progressively worse, immediate action was recommended, and a four day window allocated for the following week for the repair work. During this window, productivity in the hot mill would fall to 37%, calling for meticulous planning to ensure completion of work on schedule.

Stripping down and replacing the F5 armature was always going to be quite a complex process and once the gearbox had been uncoupled, activities subsequently included: removing all brushes, springs, encoder and monitoring devices, along with the top bearing caps; disconnecting fields, interpoles and compensating windings at mid-point on both sides and both ends; electrically disconnecting the cooling fan motors and then also mechanically disconnecting the top half of the brush gear from bottom half and placing it into a holding area. It was then possible to unbolt the main covers and remove them from the main body and unbolt the top half of main carcass, releasing the coils on both sides, thereby enabling the removal of the armature and bearings from the pedestals. With a thorough inspection completed the spare armature, which had already been fitted with the new bearings, could then be positioned into the existing pedestals. All the associated elements were then refitted and reconnected prior to a controlled run of motor and successful commissioning being carried out.

Thanks to industrious efforts of all Quartzelec and Tata staff involved and the meticulous planning which helped facilitated the mechanical works carrying on unhindered by ‘crane sharing’, the armature replacement was completed ahead of the anticipated deadline.

The damaged armature and coupling was subsequently transported back to Quartzelec’s Rugby facility where the cause of the coupling movement, and subsequent vibration and overheating of the Gearbox pinion would be investigated.

A six-strong Quartzelec team worked on the project every day, supported by a five-man night shift with a Project Manager being on site every day and on call 24/7.